Most people have a general idea of what spiritual music is but don’t know all the details about it.

What Does It Mean?

It is a type of music that is often referred to as negro spirituals, or some will refer to it as African American Spirituals. There are many different types of musicians that incorporate various forms of spirituality into their music. That doesn’t mean that they specifically are classed as spiritual music musicians. 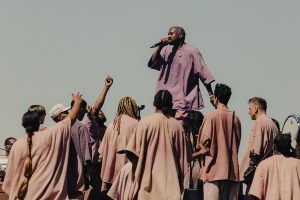 Spiritual music has a religious foundation to it. It is a way for those who are musically talented at spreading a spiritual message through their music. It is an expression of faith. In some instances, it is used in social-political environments as a form of protest.

There are many that claim that spiritual music revolved from field holler music. There are some similarities to this type of music compared to the actual classification of spiritual music. For example, in some cases, spiritual singers are stand-alone that sing mournful and haunting lyrics with a spiritual base to it.

Another form of music that is believed to influence spiritual music is the Islamic influence. Some historians have made a note of the close similarities of these. For example, the Islamic call to prayer and field holler music have lyrics that focus on praising God, and the melodies are often similar.

Many of the spiritual pieces performed by the Afrinc Americans were influenced by the hymns and songs of the Christian religion. This may have been as a result of the Africans being subjected to stories from the bible. This became prevalent in the 1730s. The African slaves were able to equate their own experiences as to many of those that existed in the bible stories that they were hearing.

Not all spiritual songs are taken at face value. Some believe that songs that are in the spiritual classification have other meanings behind them. As an example, they will use the song Wade in the Water. Considered to be a spiritual song, but interpreted by some as being the ways that some African slaves found their way to freedom. Other songs that are believed to have secondary meanings are The Gospel Train and Swing Low, Sweet Chariot. Here some believe that the underlying messages depicted the Underground Railroad.

Ther have been some famous literary individuals who support the double meaning of some spirituals. For example, Frederick Douglass. He himself had been a slave and wrote a book called My Bondage and My Freedom. In one of the chapters of his books, he talks in-depth about the meanings of some of the spiritual songs that he was privy to. He says that the tone of every one of them was as a testament against slavery and prayers to God for being delivered from the bondage of the chains. 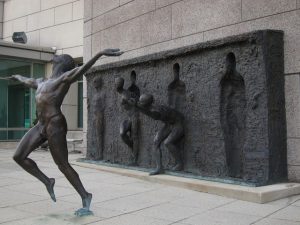 For Christians listening to spirituals, the lyrics about freedom for them is often equated to freedom from sin. For the slaves, however, the words of these spirituals for many meant the freedom from bondage. Which makes sense as spiritual music is attributed to the African Americans and goes back to their days of slavery.

Many believe that the lyrics of the spiritual songs that talk about freedom should be considered both on the spiritual aspects as well as the material aspects of what the word means.

The African American spirituals fall into the category of American Folksong. Some believe very strongly in this classification. For example, both James Weldon Johnson and J. Rosamond Johnson both were of the belief that the African American Spirituals is the only type of folk music that America has.

Throughout the years, there have been many spiritual songs written. Many of which date back to the 1850s like Swing Low Sweet Chariot, which is being attributed to being composed by Uncle Wallace and Aunt Minerva Willis. Both of which were Choctaw Nation slaves. The lyrics often did not have any significance to the white owners who were hearing them.