Spiritual music has such a long history to it that it is basically taken for granted and not much historical thought is given to it. Yet, it has an intriguing history because of the meanings behind the lyrics of many of the older spirituals, especially that is. 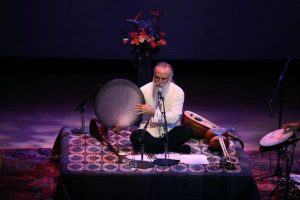 Spiritual, as a term, comes from the Spiritual Song. This is music that was often based on excerpts from the King Jame’s Bible. The Spiritual Song was based on scripture taken from this Bible (from Ephesians 5:19). This pertains to scripture giving direction to people to speak to themselves by way of spiritual songs.

When it comes to the music classified as Negro Spirituals, it is in reference to those songs penned by the Negros, dating back to 1867. This music is sometimes classified as Sorrow Songs.

In 1938 the term “spiritual” was extended to include folk hymns. Most will trace the elements of the spiritual songs back to the African Negros, but others believe it includes the experiences of the enslaved African Americans.

Many don’t realize that the history of spiritual music history shows that this form of music is categorized as folk music. The music itself revolves around suffering, desires, and a passion for religions, which were most noted during the periods of American slavery. Folk music is a broad term as it is usually applied to any music that is played on guitar. It is not a specific style of music.

The Beginning of Spiritual Music 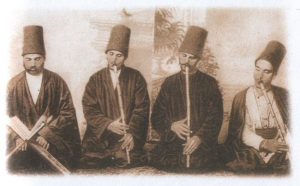 Although spiritual music seems to have a long history, it is gained a lot of historical significance when the African slaves were being subjected to Christianity. During this time, the slaves were exposed to Bible stories. These stories, to them, had many similarities to what they were going through as slaves. These eventually were turned into some of form of lyrics and presented as spiritual music. The original spiritual music was a combination of different elements. After a while, drums were no longer used, and the spirituals were based on Capella and clapping.

When looking at the history of spiritual music, it must be understood that many believe that the lyrics of many of the songs contained hidden meanings. The slaves had to be very careful with their anti-slavery messages, some of which were delivered through spiritual music. These meanings had to be hidden from the white slave owners. Some of the spiritual lyrics that were believed to have hidden meanings included the following :

As spiritual music progressed, it started to influence other music genres. In 1893, it really came into the forefront when Antony Dvorak chose spiritual music as an American representation in his Symphony From The New World. However, it is believed that spiritual music has impacted popular music genres to a greater degree than classical music did.

The genres of blues, tango, and ragtime began to be heavily influenced by spiritual music. This is because African Americans were performing their spiritual music in a new setting, such as dance halls and saloons. It is understandable why this form of music would filter into the blues genre -it has the connotations of music of lament that focuses on money and injustices. When it came to ragtime, the Protestant hymn rhythms fit right in with the instruments that were used in African music.

The slaves were most often able to freely sing their songs in a church setting. It was also the setting that was most convenient for them to be able to sing the songs that had dual meanings to them. For example, the spiritual song, Deep River, is believed to have had the underlying message of planning meetings to discuss methods of escape. Or, when Wade In The Water was sung, it was an indicator that a slave who had escaped had been discovered. In a nutshell, the history of spiritual music is quite intriguing.